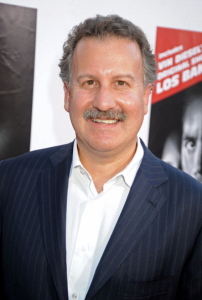 Last week we were lucky to catch up with film industry executive Craig Kornblau, who most recently served as the President of the Home Entertainment Division at Universal Studios. Craig is a longtime film enthusiast, and he took time to share stories about his marathon career in Hollywood during a time of incredible transformation in the film and entertainment industry over the past two decades. To learn more about his fascinating career, read on below:

What initially led you to pursue a career in the entertainment industry?

I grew up loving movies and have so many memories of going to see triple headers with my friends. We would go see three James Bond films or three musicals in a single day! When I was younger my father owned a children’s clothing store, so I was also exposed to retail from an early age. Being exposed to his work, and seeing his dedication to his loyal customers gave me a strong understanding of and appreciation for consumer preferences and needs.

After college, I consulted for a company developing a new division for the growing home entertainment market. Six months later, I got a phone call from Walt Disney. They offered me a position I couldn’t refuse; it was the perfect intersection of my love of movies and my passion for retail and customer service. Since then, the entertainment business has evolved tremendously, but back then, I was initially drawn to the mom and pop culture of the movie business, and the dedicated consumers we were selling to.

Could you talk about your experience watching the industry evolve from mom and pop video rental stores to the streaming model we have today? How has the business transformed in the 25 years since you started?

At Disney, we realized our customers wanted to own titles like Cinderella and Snow White instead of only being able to see them once or twice in the theater. The growth we experienced after we started selling these titles to consumers was so exciting to be a part of. When I moved to Universal a few years later, we saw the same growth and demand, but Universal was also distributing music. The business changed tremendously as DVDs came to the market. Suddenly many types of DVDs were available, not just children’s movies. The rest is history, and I think the biggest question that has defined this transition period was “how do you provide and maintain these incredible user interfaces and build a digital business?”

How do you see this digital transformation continuing moving forward?

Customers’ viewing habits have shifted; more people than ever before are enjoying movies and entertainment from the comfort of their own homes. TV technology and speaker performance have improved drastically, making the at-home viewing experience almost theater-like. It’s remarkable how the digital transformation has effected our accessibility – it’s incredible! It’s very exciting, and I think it will continue to evolve. You don’t have to own anymore. It’s much more about access and availability.

Do you think that’s changing the way directors and producers make movies?

Well, there are really two sides to that. On one hand, the big filmmakers are making super extravaganzas as franchises, and they’re both incredibly expensive and incredibly lucrative. On the other hand, there are now these outlets, such as Netflix, that give you this terrific opportunity to view any kind of movie, big budget or not. There is now unlimited shelf space, so filmmakers have the luxury of being more adventurous in their themes and styles, and don’t have to conform to widespread preferences in the market. Of course, the challenge is now to get consumers to discover your movie. You have all of these choices, how do you decide?

Could you share with us a few interesting insights about working in Hollywood?

The biggest thing I can say is that it’s a business. You’re constantly trying to maximize profitability, so there’s a tremendous amount of pressure. Although there’s definitely a glamorous side, it’s a business like any other. It’s also a business of change. I’ve been in this industry for more than 25 years and it has evolved so much. My favorite thing is that at the end of the day, these movies go into the hands of the movie gods. There are so many examples of great films that have flopped and vice versa. You just never really know how it’s going to go.

Finally, what is your favorite movie?

Thank you, Craig for taking the time to share your story with us!

About the Author: Ellen Free

Ellen is an Associate at Maven. She has a diverse background in public relations spanning the consumer technology, high technology, luxury lifestyle, and travel industries. Outside of the office, Ellen is an avid runner, rower, and hiker.