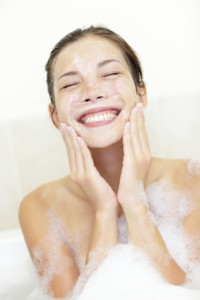 A product development team from a major consumer goods company faced a major issue with one of their face wash offerings. Their market research counterparts had informed them that customers loved the product, but retailers complained of its relatively short shelf life. Due to the high quantity of lipids (fats) in the product, oxidation was causing the the product to spoil sooner than expected. The team was hoping to solve the problem without adding any of the common, but unhealthy, chemical preservatives. The team theorized that adding antioxidants would help, but they wanted to consult with individuals who had deeper experience in the use of antioxidants as preserving agents before beginning product testing.

Given the customer’s uncertainty regarding the right agent to prevent oxidation, as well as the fact that this specific knowledge of antioxidant use was likely distributed across a wide variety of professionals, Maven recommended conducting an Electronic Survey to landscape possible approaches to the customer’s challenge. In just four days, the customer received first-hand perspectives from over a dozen antioxidant experts from a variety of industries regarding the best ways to solve their oxidation problem. Some of the recommendations did include the use of naturally-occurring antioxidants, with several specific options named by the respondents.

Surprisingly, the most promising candidate – and the one the product development team ultimately chose to implement – came from a chemist in the beverage department of their own company. Their colleague had worked on a similar problem the previous year and had filed two patents in the area. The team was able to utilize expertise and intellectual property their company already owned to solve their shelf life problem.

“We received the feedback we needed to test our hypothesis. The insights we gathered from just a few conversations saved us critical months of research and testing.” – Director of Product Development