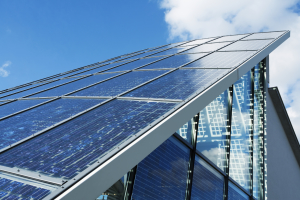 The corporate strategy team at a middle market energy company was interested in acquiring a solar panel provider that marketed its products primarily to small and medium-sized businesses. The team was eager to pursue this attractive investment opportunity, but wanted to better understand potential market demand before moving forward. They were particularly curious about what factors were contributing to relatively slow commercial solar adoption, despite well-publicized advantages and long-term cost savings. Unfortunately, the team had little direct expertise in solar power for SMB’s and had few connections in the industry outside of the target company. Furthermore, they did not wish to signal to the market that they were pursuing an opportunity in this area, limiting their ability to reach outside of their core network.

Maven quickly launched an Electronic Survey of business owners interested in converting to solar, solar industry experts, and alternative energy consultants regarding trends in commercial solar adoption. Within three days the Survey delivered answers from 25 qualified respondents across 10 sunbelt states. The broad range of perspectives in the report identified several key issues within the SMB market that the team had not previously considered. For further investigation into these new points, Maven suggested follow-up Telephone Consultations with three of the Survey respondents, each bringing perspectives from the SMB level in their respective industries. During these conversations, the team explored the key issues that held these businesses back from adopting solar power, and gained first-hand perspectives from decision-makers in the market. With feedback from a broad range of professionals involved in the solar panel evaluation process, the team decided to invest in the market, and jumped on the opportunity to purchase the solar panel company.

“In under a week, Maven provided us with objective insights from business owners across the country. With this range of perspectives we were able to capture a complete picture of the issues we were up against.” – Corporate Strategy Director