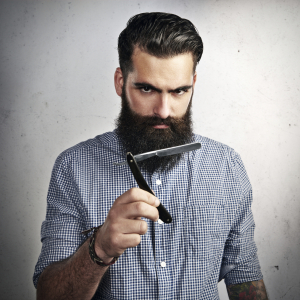 Beard growers from the coffee shops of the Lower Haight to the back alleys of Brooklyn endlessly lament the ineffective and bulky beard trimmers they currently use. To appeal to lumberjacks’ cries for help, the product development team at a major consumer products company was determined to develop a functional and modern motorized beard trimmer. Before they could bring this superior trimmer to market, the team needed help to resolve some technical issues they were experiencing with their design prototypes.

The problem was that both of the prototype designs they had created were malfunctioning. In both designs, the central spring device failed to control the upper blade properly, causing both clippers to malfunction. To quickly launch their new product, the team needed to develop a spring device that would fulfill its purpose, while maintaining the ergonomic and stylish design they had created.

Maven quickly launched a Telephone Consultation search targeting prototype design experts with deep experience with spring device design for industrial applications. Of the several candidates identified, the product development team selected four Mavens to speak with over the phone to further vet their knowledge and skills with spring devices. Following the calls, the team concluded that two of the candidates had the experience and skills necessary to help them improve upon their spring device and design a functional product. After conducting follow-up calls with the two promising candidates, the team hired on one of the candidates part-time to develop the new prototype. This Maven assessed the team’s two designs and identified the flaws that caused the spring to malfunction. A few months later, the team released their new design, and launched the improved and fully functional hair clipper successfully to the emerging market of young beard growers.

“We were highly impressed with the technical expertise of the Mavens and the speed at which they were identified.”