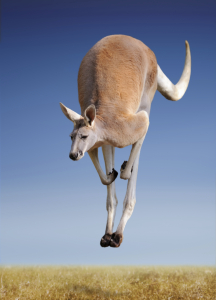 The product development team at a major apparel company faced increased competition from overseas suppliers and were being undercut on the price of their current products. Their previous differentiating strategies had failed, and they were now desperate for a new way to regain their margin advantage. Because they were no longer competitive in their previous market, the team wanted to innovate and explore using different, more unusual performance materials to differentiate themselves. Though the team had strong connections to suppliers in Asia and Europe, they needed help from performance materials experts to identify and assess suppliers outside of these regions and from other industries where more exotic materials could be found.

Maven conducted an Electronic Survey of performance material experts around the world, including motorsports apparel designers and manufacturers, military clothing manufacturers, and suppliers of exotic materials and leather. Within a week, the team had assessed the results and conducted three follow-up Telephone Consultations to learn more about unusual and highly durable performance materials.

Of the recommended materials, kangaroo leather stood out above all the others. It had been a staple in professional motorbike racing gloves for years, providing a strong yet soft property that was also ideal for footwear. A previous import restriction to the US had prevented the material from being widely adopted into the footwear industry. However, the ban had recently been removed, providing an opportunity for the product development team to launch a profitable product in a new market.

After the Telephone Consultations, the team decided to bring one of the Mavens on-site for an Extended Consulting project to help with the initial design, development and sourcing process. Maven managed the entire consulting engagement, from the initial identification of the expert through the commercial negotiations to bring the Maven on-site. Within three months, the product development team prototyped and launched their new designs.

“We got the jump on our competition through Maven identifying an ideal material from an industry we would never have considered.” – Senior Product Manager