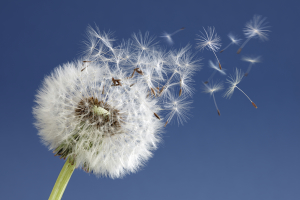 The Global Director of Human Resources at a major European information technology services company was visiting the company’s development site in India when he learned of the Indian government’s plans to overhaul portions of the nation’s labor law. Given the important role of IT services in the Indian economy, the Prime Minister’s proposal included several key – but controversial – policy initiatives directly targeted at the industry. The HR director knew this could have a major impact on the company’s operations, creating both new opportunities and new challenges, but he did not believe that his regional management fully grasped the implications of the proposed legislation or how reform at the national level might conflict with local laws. The company was considering a major expansion of its Indian operations, and needed to decide whether to accelerate or delay those plans in light of the proposed new laws.

Maven launched a Telephone Consultation inquiry targeting India labor law experts with experience in the information technology industry. The Maven platform identified and qualified several relevant individuals, including the head of an Indian law firm that specialized in IT labor disputes and a former Member of Parliament who was involved with labor law lobbying. The HR Director conducted Telephone Consultations with both individuals, followed by several follow-up Consultations with each of them as the future of the legislation became clearer. Eventually, the company hired the first Maven’s law firm to help them implement the required changes in their own policies to comply with the new laws and retained the lobbyist to advise them on an ongoing basis regarding future developments.

“I am not an India labor law expert by any stretch of the imagination, but I did know that change was needed and the Prime Minister’s proposed reforms could be great for us. Although these winds of change were welcome by those of us in the IT industry, I wasn’t confident that my team fully understood what was going on. Maven helped to fill that gap.” — Global Director of Human Resources