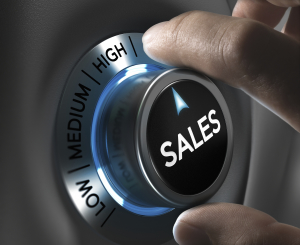 The Director of Sales of a small financial services firm was in the midst of implementing a new sales process and CRM system, when suddenly his company was acquired by a much larger enterprise. With the acquisition, he was forced to integrate his sales team with the parent organization, which was using a different CRM tool than the one he had selected for his team. This left him with few options. He could attempt to migrate his team to the parent’s system, but this would require retraining on a completely new platform. Alternatively, he could attempt to integrate the system he had chosen with the parent company’s tool, but the two vendors were unwilling to work together. He contacted a few CRM consultants to discuss his challenge, but their estimates of the scope and cost of an integration project were very high. Furthermore, he had no way of assessing whether their estimates were realistic.

Maven launched an expertise inquiry targeting sales and IT executives at other companies who had experience integrating different CRM tools with one another as well as additional CRM implementation experts. Over the next few days, the customer spoke with three of these individuals to get their perspectives on whether integration of the two platforms would require the scope and expense proposed by the CRM consultants. After the second Telephone Consultation, he was convinced that he would have to proceed with a difficult and costly project. However, during the third Consultation the VP of Sales at a small biotech company that had also recently been acquired informed him of a new middleware product built specifically for the purpose of connecting the two CRM platforms in question. The customer immediately contacted the vendor and within two weeks had solved the integration challenge at fraction of the expected cost.

“I never would have found the solution the Maven I spoke with pointed out. Instead of spending tens of thousands of dollars and waiting three months for these systems to talk to each other, we purchased a piece of software for a few thousand dollars and within a couple weeks everything worked exactly the way we wanted. Maven delivered someone who had solved my exact problem so I could avoid making a very expensive mistake.”